The school bell is for the start of class, not a fight 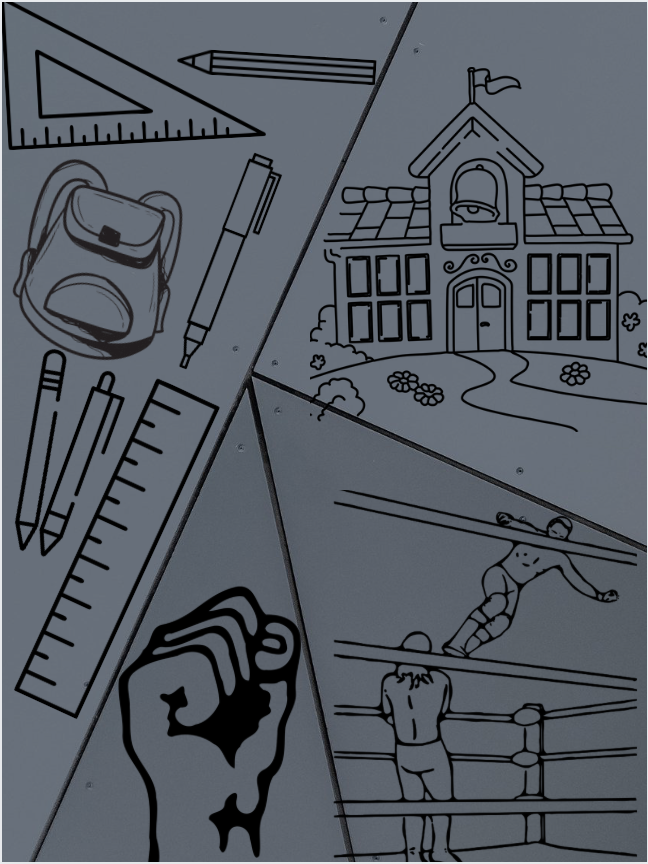 The general consensus of society would say that they don’t like seeing people get injured but for some absurd reason violence still fascinates all of us. This attraction even goes all the way back to ancient Rome in the gladiator’s games, which now has turned into UFC fights. The strange attraction towards violence haunts us all and is a question constantly asked. Whether it’s a movie filled with violence, video games, the opponent of the week for the Paul brothers, or even a car crash proves people can’t help but stare. These rubbernecking tendencies translate into school fist fights, truly showing the mentality towards fighting.

When a fight occurs, you would assume students would be in pure shock and wish to break it up but that never seems to be the case. There is little to no concern by the student body when a fight breaks out. Students main concern is getting the best view of the fight whether that’s one someone’s shoulders or getting dangerously close. Those who are able to scavenge their way through the crowd typically are seen videotaping all the swings and hits. Then these videos are shared on various social media accounts with fight critics and cyber bullies picking apart every move, as well as fight enthusiasts cheering on the winner.

When it comes to fights one might think there has to be a good reason behind it and yet again, you’d be wrong. Most students don’t recall the reason they started fighting in the first place, showing just how truly irrelevant these fights are. The feud between students who previously had their flying fists thrown seems to only last a short period of time if they are still in school. So, this begs the question: are the consequences even worth it?

The Jungle and Broward County do not take these fights lightly. Punishments of fights are always different depending on the fight itself and previous altercations, such as if that student has a history of fighting. When asked in reference to fights that have occurred in the Jungle, Dr. Kaplan had a lot to say and a lot of concern. “ It seems to be a trend in high schools around Broward county and we all need to recognize that it’s a few kids out of the 1,020 that go here, and we are going to discipline each and every one of them.”

When a fight breaks out what is the protocol for school security guards? Well according to security guard Cameron Thomas, their job is to “Break up the fight and also do crowd control to ensure no one in the crowd gets hurt and from there they escort the students involved in the altercation to the admission for their punishment.” This only goes for on-campus fights as off-campus fights are not considered a school board issue and is dealt with as a city issue.

Administrators, teachers, and most students believe that violence is rarely the answer. So, before you raise your fists over something that won’t matter five years from now imagine the consequences you will be facing for most likely your whole career and education. Kaplan compels students to “Look out for each other and talk more rather than becoming physical.”