How Pixar revolutionized the animation industry

How one company changed 3D animation forever, since 1955 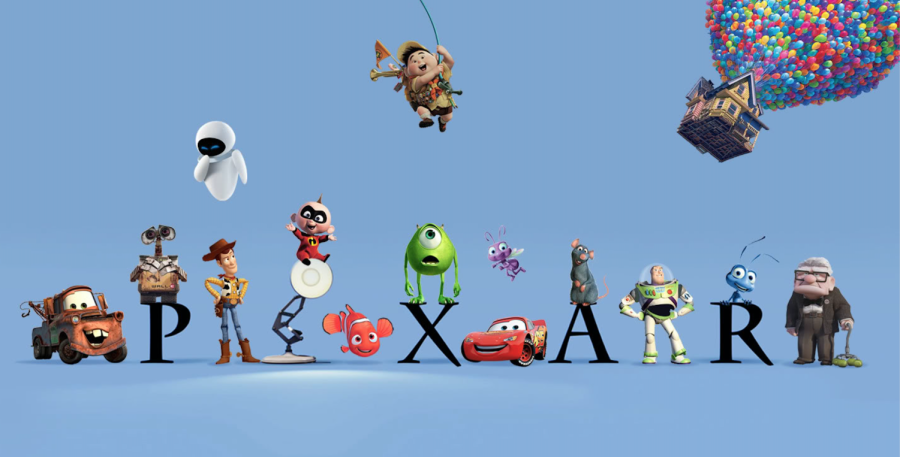 3D animation has been taking over cinema. It’s all the rave nowadays and has become the industry standard for animation studios such as illumination, Blue sky, Dreamworks, Sony pictures, and of course, Pixar animation studios. What was once 2D animated classics like the Disney renaissance films, is now Toy Story, Despicable Me, Spiderman into the Spiderverse, etc. But how did this evolve to get this advanced in just 27 years?

To begin with, 3D animation is not easier than 2D by any means. So when Pixar made the jump to 3D, it was no easy feat. There were many new techniques they had to create due to the technological disadvantages of that era. Such as Skin, air Particles, Texture, Shaders, Rigging, and various simulators. That’s not to say Disney hasn’t done 3D before, a good example of this would be the iconic dancing scene in Beauty and the Beast ballroom dance scene, where the animators placed the characters in a CGI environment to dance in. So how did they start their new line of movies? It all began with 1995’s Toy Store, the world’s first fully 3D computer-animated feature film. Yes, it was an absolute hit! However, Pixar still wanted to improve and in a way evolve the medium with future productions to come. The team over at Pixar animation studios began studying things like realistic skin, human muscles, hair, environments, animal body language, and much more. But to do this, they needed a way to somehow render all these frames in their movies. So Pixar developed their new software “RenderMan.” This software has become the vital last step for more than just Pixar Movies but other studios like the Marvel Franchise and is still used to this day.

Next up, simulations. One of Pixar’s biggest hurdles was hair. The fur on the dog “Scud” in Toy Story 1 was very primitive and looked like a flat texture. Compare that now to the fur in Toy story 4’s cat in the antique store. Pixar has gone a long way in terms of hair and fur on its characters. This is thanks to the technical difficulties caused by 2001’s Monsters INC. Sully is a character with thousands of strands of hair on him and they had to be simulated in a certain way that would be viewed as believable without having to be impossibly animated strand by strand. They then used this new simulation in every other shot that had hair-like physics in each movie since. They also developed Cloth software to emulate cloth physics on characters within every single piece of fabric, fold, wrinkle, and how it reacted to motion and wind. This would prove to be a challenge thanks to Coco. Coco had a whole world fully inhabited by skeletons, and their technology proved that the clothes would go inside the bones rather than go on top of the body. Now that Pixar has perfected a lot of the previous challenges they experienced in their early years, they are still pushing their animation to get better and better after every installment.

Finally, the ability to work from home. Due to the pandemic, all workers were forced to take their computers and bring them home to work with. This caused a lot of complications thanks to the change in the work environment in terms of communication. This led to the movie “Soul” being the first movie they made fully indoors. Funny thing is, now with today’s technology, anyone can go ahead and make their own 3D Pixar-styled short movie at home in their rooms. Thanks to 3D software companies such as Autodesk Maya and Blender, people today can make their very own “Do-it-yourself PIXAR ” animated films. Sure, there are certain things that these software can’t do that are exclusive to Pixar’s in-house animation software, however, this doesn’t change the fact that there are a wide array of tools to use to give your own films that Pixar-like feeling. These can help you get a head start in the animation industry and if worked hard enough, you can get your own job within multiple animation studios, including Pixar themselves.

In conclusion, Pixar has paved the way for the rise of 3D animation and has affected the industry as a whole for nearly as little as 3 decades and yet accomplished so much. Big thank you to the whole crew at Pixar who shaped and inspired the childhood of billions. Hopefully, with more and more people now having access to professional 3D animation, we will see an even greater rise in the upcoming years of phenomenal eye opening movies.