The Slap Heard Across the World

Controversy arises over the recent events at the 2022 Oscars 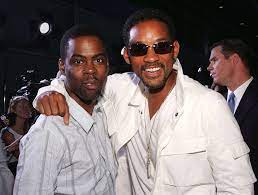 In the latest 2022 Oscars, a lot of big awards were given out but were ultimately outshined by one event. Will Smith slapping Chris Rock for joking about his wife, Jada Smith. People were upset the deserving winners did not receive the credit deserved because of the big controversy.

At the award show Chris Rock told a controversial “joke”, as the known comedian usually does, about Jada Smith’s alopecia. This subject rubbed her the wrong way, which offended the family and the community that has alopecia.

Alopecia is a condition in which stress and other factors contribute to the loss of hair. Rock, comparing Jada to a beloved bald character G. I. Jane, was insensitive as Jane’s head is shaved willingly, while Jada’s is shaved to combat her balding from the condition.

After it occurred, Will Smith confronted him on stage with a slap and aome harsh words to consider when thinking about talking about Jada again. The joke was distasteful and offended Jada, causing Will Smith, as a devoted husband, to decide he needed to do something. People in the community that have alopecia have been talking about this event and debating if Chris Rock was in the right or wrong.

Many believe Chris Rock shouldn’t have said that joke and that it was offensive towards people that suffer the same disease. Since this event, other jokes have resurfaced that were targeting Jada Smith, causing many to believe that this recent joke at the Oscars was a personal attack.

Others believe even though the joke was hurtful, Will Smith should have had self control and should not have acted with violence on national television. This happened in front of millions and was a shock to watches nationwide.

There are a lot of problems in this situation and now Jada says she wishes Will didn’t use violence, and I agree. When handling situations, especially in the public eye, violence shouldn’t be the first answer. This whole controversy caused people at the award show to feel as if their award and recognition was stolen from them because all people talk about is Will Smith and Chris Rock.

Many people in the black community are also upset that this altercation between two black men could cause for the regeneration of hurtful stereotypes. At the end of the day, Will was in the wrong for slapping Chris Rock, but one also should not invalidate Jada’s feelings when they deem something about themselves to be offensive.