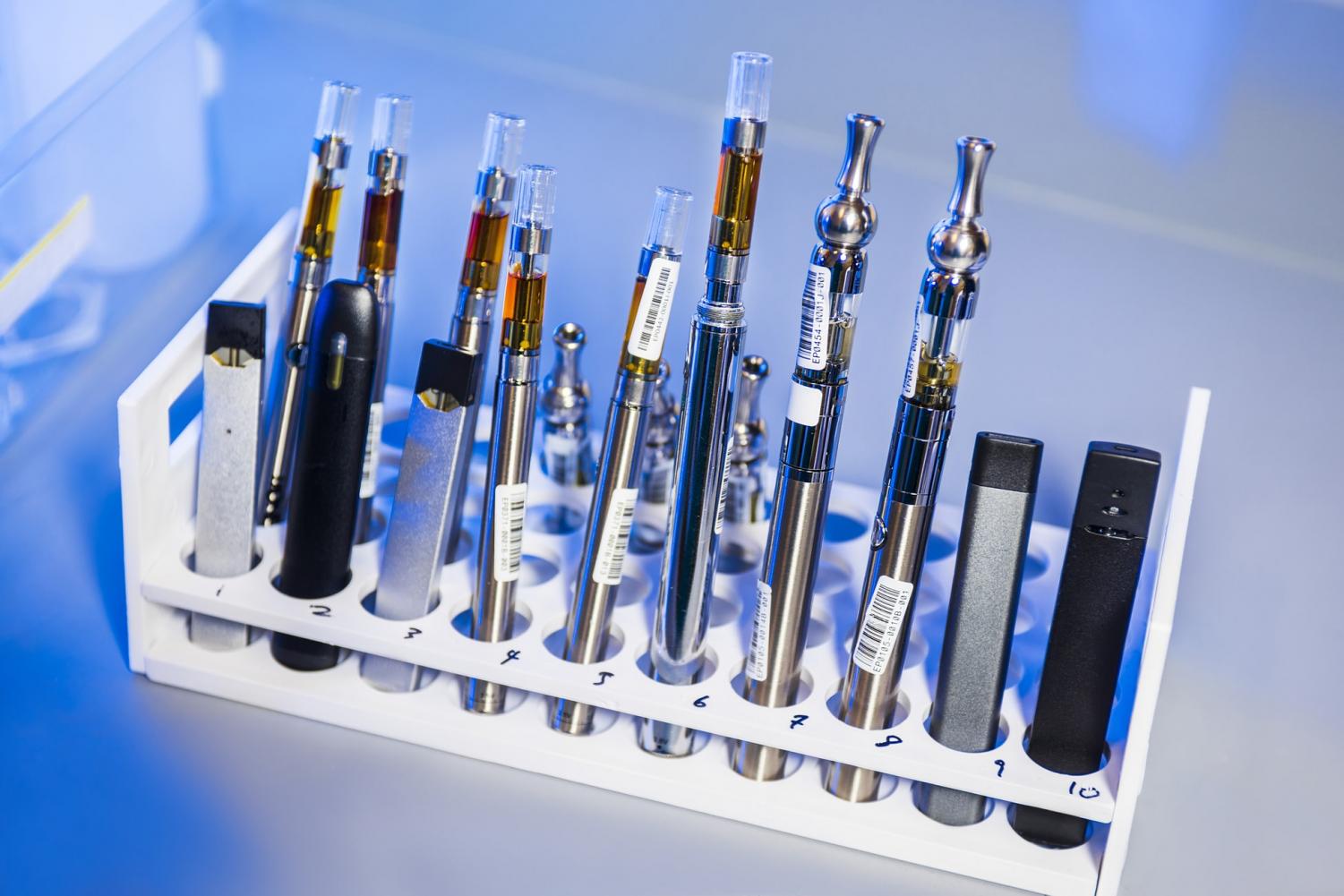 E-cigarettes have steadily become a popular trend among youth. An e-cigarette is a device used by heating a liquid solution to a high enough temperature to create an aerosol that they inhaled (truthinitiative.org). A vapor and aerosol are completely different. A vapor consists of ash stance in gas form, whereas an aerosol contains tiny chemical products that can damage organs in the human body. E-cigarettes that consist of  a better design and an easily rechargeable battery gained popularity recently. Truth Initiative explains that the most popular, JUUL, emerged in 2015 and quickly established itself as a leading e-cigarette product, comprising nearly three-quarters (73.4%) of the e-cigarette marketplace by July 2019. In the last 5 years, the popularity of e-cigarettes in youth and young adults have spiked. The current use rate among middle schoolers rose from 0.6% in 2011 to 10.5% in 2019 (truthinitiative.org). Youth could be using these products without knowing the damages they can cause. They could be doing it as a way to “fit in” and conform with their peers. One of the main reasons vaping has become popular due to the variety of flavors e-cigarettes come in. In fact, an article by Truth Initiative explains that new research shows that mint and menthol e-cigarette use among high school users rose from 16% in 2016 to 57.3% in 2019.

Vaping has multiple long term effects on its users.  Vaping can be just as harmful as smoking, contrary to popular belief. E-cigarettes are known as a gateway device that leads to using other products similar to vaping. As an addictive chemical, nicotine products make it more likely to start smoking cigarettes or other tobacco products. Even if the habit doesn’t escalate to cigarettes, vaping is just as harmful due to the product exposing the lungs to unknown particles. Vaping also causes physical performance to decline. Vaping affects the process of your brain so it can cause detriments to the growth of a brain. Exposure to vaping at a younger age can cause brain receptors to not develop completely and makes it easier to become addicted to the product.

Research found that some metal particles are found in vapes which can damage the human body immensely. As of Nov. 5, 2019, more than 2,000 vaping-related illnesses and 39 deaths have been reported to the CDC, reported Truth Initiative.

If you want a picture to show with your comment, go get a gravatar.